How we did it for Phytecs…

The science of branding. The branding of science.

Phytecs is an LA based company made up of some of the brightest doctors, professors and researchers around. This team of international scientists has dedicated themselves to the study of the Endocannabinoid System in the human body and the practical applications of manipulating the ECS as a way of battling multiple diseases. 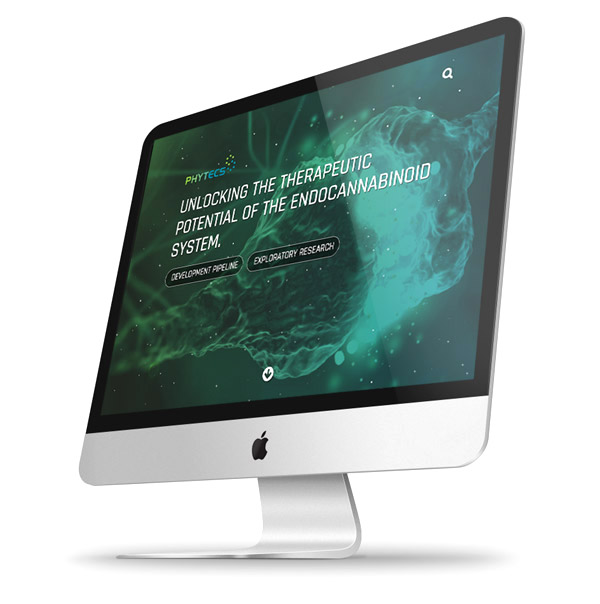 Taking their cutting-edge medical research, findings, and advancements and making it all at least a little more understandable was the challenge for Glyphix when approached by Phytecs to help brand the company and create their new website. Working with incredibly complex concepts, such as those that Phytecs deals with on a daily basis, meant that the Glyphix team would need to work very closely with much of the Phytecs board to get the look, feel and most importantly, the messaging absolutely right.

For a branding agency, creating the “look” for a company like Phytecs can be both a blessing and a curse. Since “Phytecs” is a made up word, there’s no natural way to convey its meaning; it has to look “science-y” but relatable so that viewers are intrigued enough to want to learn more. And because Phytecs, the company, deals with a fairly arcane subject matter, the font, and colors, need to be serious but amiable and the graphic elements need to make sense relative to the company’s work. Further, with the vast amount of Phytecs’ operating budget rightly dedicated to research, Glyphix opted to use web-based animation instead of more expensive video to help explain and simplify the conceptualizations being discussed in the accompanying text.

The branding and website development processes turned out to be more iterative than usual for a typical Glyphix client, but Phytecs was never a typical client. Bringing together the ideas and visions of the types of brilliant minds working at Phytecs, combined with the individual tastes of a board of directors made up of an international team, is exactly the sort of challenge that keeps the entire Glyphix team looking forward to the next Phytecs. 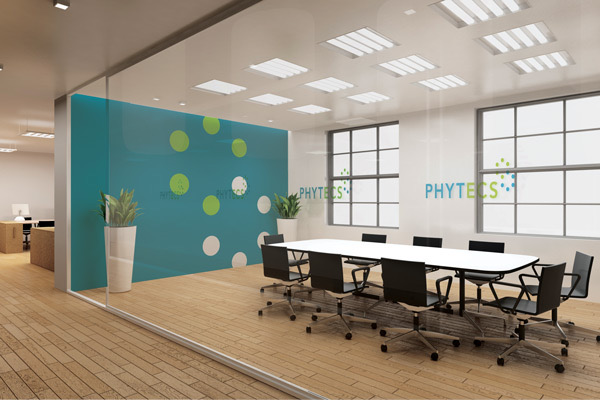